The «sun», the magnetic synchronizer and the «Call»

The sun is not a jewel, but a Solar symbol which obliges to those who carry it to be always conscious and responsible. Only those who put the Elohim directives into practice and disseminate their teachings, are entitled to carry it. «

The Corundum’s synthetic Ruby has the following geometric characteristics: The special carvings that form a triangular prism which vertex points upwards.

The physical-psychic-spiritual characteristics form the basis of our message and are part of the science called Solar and from which our brothers of Space (Four-Dimensional) receive full knowledge thanks to the multidimensional beings, inhabitants Of the Stars and infallible interpreters of the will of the Omni Creative intelligence: the Elohim.

It is known that the creative energy of the Sun programs and instructs, throughout the solar system, a precise genetics. In that genetics, is marked the program of an evolutionary stage and, in consequence, the manifestation of the creative Idea in a concrete dimension: «Before you were, I already knew you.» To this creative energy we’ll call it: «Astral Energy».

Its value manifests itself in vibrations (positive or negative, remembering that for negative we must not understand something demonic) depending on the evolution of man. The Ruby has the property to amplify the vibrations of this creative energy positively, but even more so, on who carries  it, influencing included to those around.

Starting from the assumption that the Synchronizer develops the vibrations through the special reception of images-thought, emitted by the coordinators of the solar intelligence, the subject realizes positively if he/she puts into practice the values of  universal justice, peace and love and, therefore, is in tune with the program, but it can be developed in negativity if the subject is opposed to the program received. For example, we cite the parable of talents (Matthew 25.14).

The Sun gathers the three manifesting aspects of three coordinating and compenetrating vibrations. Its symbolic aspect represents the lineage of John, since the Apostle John the Evangelist is the living terminal and is the coordinator of the intelligence that develops the operativity of all the solar spirits in their many dimensions. The spiritual aspect is focused in the «Yes», unconditional «Yes» that gathers the subject to the strict directive of the thruster of this energy source which educates on the planes of the way, the truth and the life; in fact, without the sun nothing could manifest itself. Therefore, the Cosmic Genius, Jesus Christ, said: «I am the light of the world.» This is the union of the Synchronizer between the human and the divine.

«In the beginning was the Verb, the Verb was with God and the Verb was God. He was IN the beginning with God: Everything was done through him, and without him nothing of what exists would have been done. IN him was life and life was the light of men; And the light shines in the darkness, but the darkness has not welcomed it. A Man sent by God came and his name was John. He came as a witness to testify the light, so that everyone would believe through him «(Jn. Chap. 1, 1-7). 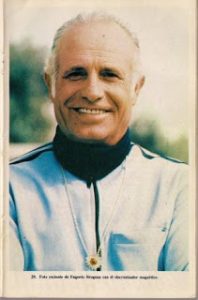 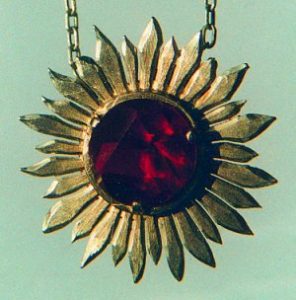