We´re all ready to celebrate baby Jesus´birth . Presents, sweets, music….
However, I think that nobody is asking, thinking about where the Redeemer has been born..
The statistics starting with children are clear: according to the world’s largest organizations, like the UN, Unicef, Amnesty International, ills like hunger and diseases kill 30,000 children every minute, thousands of teenagers are subjected to sexual exploitation, and all this just in Southeast Asia and the Indian subcontinent. Millions are forced to work, tens of thousands have the street as «home» as tens of thousands more are enrolled in the military armies, not to mention all the abandoned, sold, and killed by the vile organ market trade. How can we talk about the holidays, make and receive best wishes for a Merry Christmas and think about the birth of Jesus in this world, with all these genocides that are in action ..!?, And not forgetting that in the global level the whole planet Earth is about to collapse on the physical, psychological, spiritual level..!?
The greetings, which I certainly think that are a nice thing to the Glorious Father, are those who are spiritual, coming from the heart with the full consciousness that through the moral and spiritual rectitude, the true nature of man develops in the Solar Christic Values, only salvation of the spirit and life in the three aspects which characteristic the creation. In these moments, it´s necessary to remain intact and donate for a good cause, in order to be advocated and to become instruments of those who interpret the Divine Will, those who are the Angels of yesterday, the Aliens of today, those who must save what is salvageable, that without doubt or hesitation, makes us worthy at any time in front of our children, to society in part and better and especially to God ..:!

Me, the master of love

I am present and hear your conversations full of silent doubts, of uncertainty.
You cannot see me, feel me, because it is not just the time of my visitation but certainly I observe, with those who are nourished by the life-giving light of the Holy Spirit, the moans of painful despair afflicting your souls.

I hear your many and distressing «why?» of all your raging and torments, as if you didn´t know the cause, the reasons which built the effects that plague your flesh, that miserably have canceled, which have destroyed the joyful activity of all the created things and harmonically legated from the sublime love of him who is the dispenser of every good.
Your removal of the lessons that I have left you, have left you barren of the supreme spiritual good that Christ, so benignly , through me , brought to your world as a sign of love of the Father who is in heaven . You are dressed with arrogance and shame, raising the temple that is inside you, in a haze of corruptible values, which are equal to or greater than those who built Sodom and Gomorrah, who were destroyed for that. You have rejected to build your treasures in heaven, leaving the matter the privilege of kill you, leaving you breathless and in distress.

Now you remember my birth and for a moment it will seem to you a distant event that concludes in my passion and the glory of Christon the cross. Then, as you have always done, you will return you to be ignorant of this memory and you will twist in orgasm and in the delirium of corruption and the madness of death.

But I assure you that soon I will manifest myself as a bolt from the clear sky, to announce the harvesting and separating the wheat from the chaff, the blessed from the wicked, the righteous from the unrighteous. As I have announced in another time, «I will come from the clouds with power and glory.» In that day those who have remained alive in the world by the Glorious Father’s will, will welcome me and will gird themselves with the crown of eternal life.

I say this, by mouth of whom I have left to serve me and to precede my return. This is what I say to you.

Me and Him
Remain with us!
But how can I remain with you if you don´t love me, if you don´t obey, if you rebel to the Holy Will of the Father that is in Heaven?

Remain with us!
Oh how I want and how I wish your hapiness and the joy of your hearts and spirits! But really you are who get far from me with your perversity, your hate, and your crimes.

Remain with us!
If you don´t repent I cannot, because to my love prevails the Father´s Justice.

Remain with us!
I will remain with you only when you have understood the Truth that makes free.
Me an Him
Christmas 1979
Eugenio Siragusa

Holy Christmas 1980 – Capodanno 1981
I would like to express what my soul anger for you happiness, but as well as the times become shorter and the darkness of the days becomes denser, my thought goes to you with the faith and the hope of knowing you entire, brave and with the certainty in your hearts of attending the fulfillment of the promises of who says: «I won´t let you orphans, I will come in the middle of you”
The signs have been given and we have understood in order that nothing comes by surprise. Our spirits, fortified in the truth that makes really free, rest in the joy of our peace.
The thirst for justice that leaves our lives sterile, because of what our ears hear and what our eyes see, is destined to become extinct by the will of an impassable law which, as well as is bearer of truly justice, is also pure light of love and universal peace.
Everything which has been given to you is enough to make the real communion between you and everyone who has said “yes” to the repentance, leting “the sign of Jonas” fall down.
That you have so much peace and so much love, and that heaven radiate over you the light of every goodness.
Eugenio

We have come from far away…
The «Avatar» have return over earth and are operating while they wait the return to the supreme and wise «Avatar», coordinator of the divine justice and modifier of the planetary evolution.
The invulnerable Sons of the Creative Light live already in the middle of men of this planet, proposing the tangible signs which were announced in time, in order that what has been said, written and transmitted to this generation that holds Jonas´sign, awakes in the memory of the sons of this world.
Call it as you believe, but this could never modify reality neither could impede that the prophesied designs will be fulfilled.
Their Power is divine and their faculty, inconceivable to mortal people.
It´s foolish to frustrate their mission! The truth that they carry is unstoppable and their ways, inevitable.
Those who have received their message have nothing to fear because they are already marked and surely called, if they observe with faith and perseverance the dictums of the new law and the new pact.
The Announcer
Eugenio Siragusa
December 1979 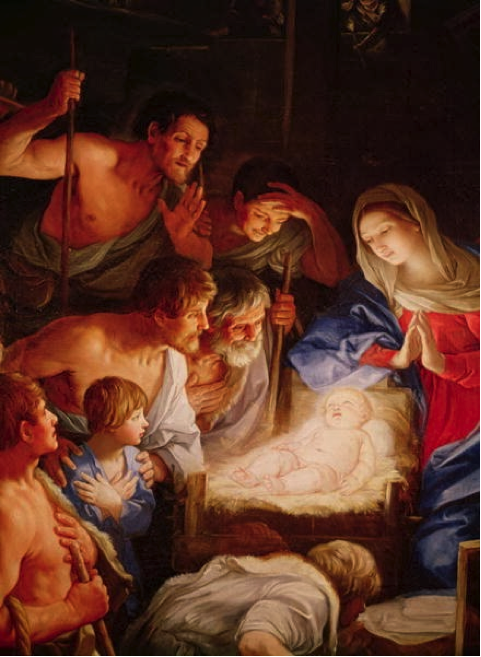 -Who are the «AVATAR» ? :
THEY ARE THOSE WHO YOU CALL EXTRATERRESTRIAL, ALIENS, HUMANOIDS, ETC…ETC…
-Where do they come from? :
FROM FORTH DIMENSIONAL WORLDS THE ELDEST, AND FROM THE ASTRAL SPHERE THE MAYOR.
-Their cientific, pshyquic and spiritual hability? :
INIMAGINABLES FOR THE MAN IN THIS WORLD.
-Their intentions? :
RENOVATION, INTERVENTION, MODIFICATION, EVOLUTIVE FLOW OF THE SPECIE, SPIRITUAL AND MATERIAL.
-Do they Impose? :
NO ! THEY OFFER BEFORE THE INVIOLABLE LAW FROM CAUSE AND EFECT INTERVENES.
-Who presides this law? :
GOD, AS YOU CALL HIM
-Which is the difference between their GOD and our? :
A SUSTANCIAL DIFFERENCE:
-Which one? :
THE MAN OF THIS WORLD HAS MAKE GOD AS HIS IMAGE AND SIMILITUDE, GIVING HIM WEAKNESSES THAT HE DOESN´T HAVE AND THAT HE DOESN´T MAKE.
-Are the «AVATAR» living in the world? :
CERTAINLY THEY ARE AND THEY KNOW THEY ARE.
-Are they recognizable? :
BY THEIR FRUITS ARE EASY TO RECOGNIZE, THE ONE WHO RECONGIZE THEM CANNOT NOT LOVE THEM, BECAUSE THE INTUITION GETS THEM TO THE SPIRITUAL COMMUNION AND THEN TO THE KNOWING OF THE TRUTH.
– Is her an «AVATAR» ? :
I HAVEN´T SAID THAT!
-I think she is…!! They say that many wait the return of the Supreme «AVATAR», Coordinator and Instructor of the Divine Justice. What does she think?:
THE ANSWER TO THIS QUESTION IS IN THE WRITING THAT MANY PREFER TO IGNORE, I THINK THAT ACTUALLY THEY DOESN´T HIDE ANYTHING TO THE HUMAN INTELIGENCE AND THE SIGNS ARE CLEAR AND UNCERTAINTLY MANIFESTED. WHO HAS EYES TO SEE, WILL SEE, AND WHO HAS EARS TO HEAR, WILL HEAR, I HAVE SEEN AND LISTENED.
-What have you seen and heard? :
WHAT I HAVE SAID IS ENOUGH AND IS ALREADY IN THE MEMORY OF WHO IS NEAR THE TRUTH.
Eugenio Siragusa speaking with Friends, students and supporters on Christmas, 1979.

From Heaven to Earth
We want to demonstrate that we are a reality in your dimension
Your wish is what you see and touch as Thomas did; and so, we have decided to manifest the presuppositions of your rational, brainly and sensorial creed.
Our patience has no limits, but we cannot stay pasive, inert, and weak in front of the projects that you build, putting in serious danger the cosmic stability, which is inviolable by Divine Universal Law.
The event which are near to manifest will give you a reason for a bigger reflexion and more sense of responsibility.
You need to convence yourselves that you´re not alone to decide over your planet´s destiny and over inside of it, where the creative economy is, lives and operates.
If you continue on wanting to ignore the Supreme Law of the Highest Lord of Heaven an Earth, this will intervene with painfully effect to who insists with obstinated desobedience to the Divine Will. We will never stop reminding you!
That the light of the knowledge penetrate inside of you.
From the Cristal-Bell
Woodok and the brothers
December 10 th., 1979.
11:20 hs.
Hugs to all
Filippo Bongiovanni