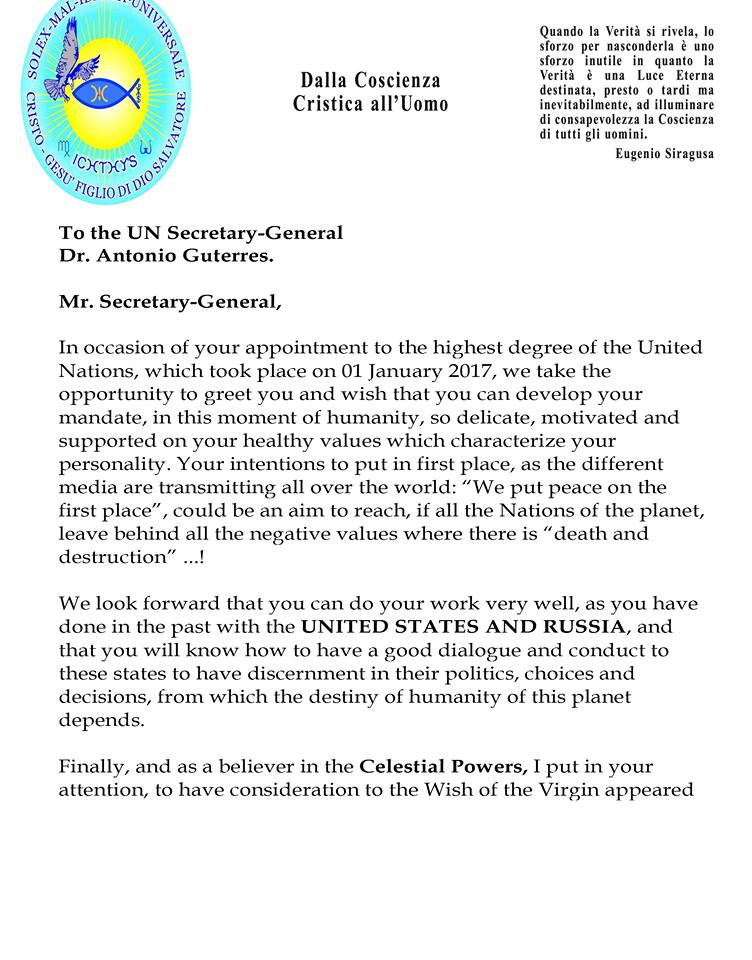 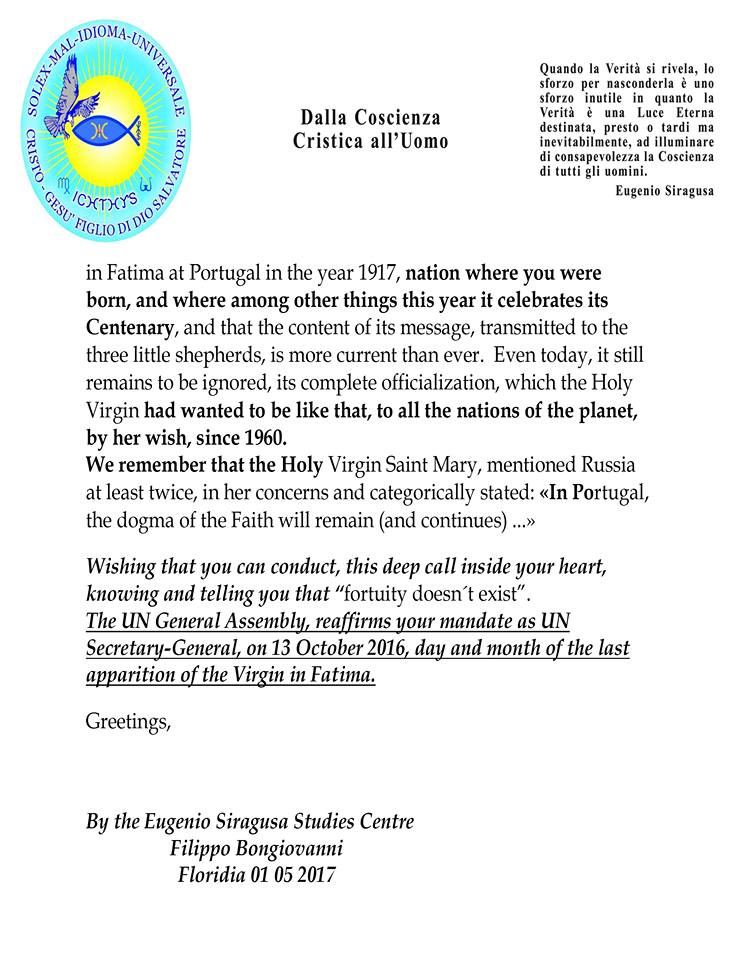 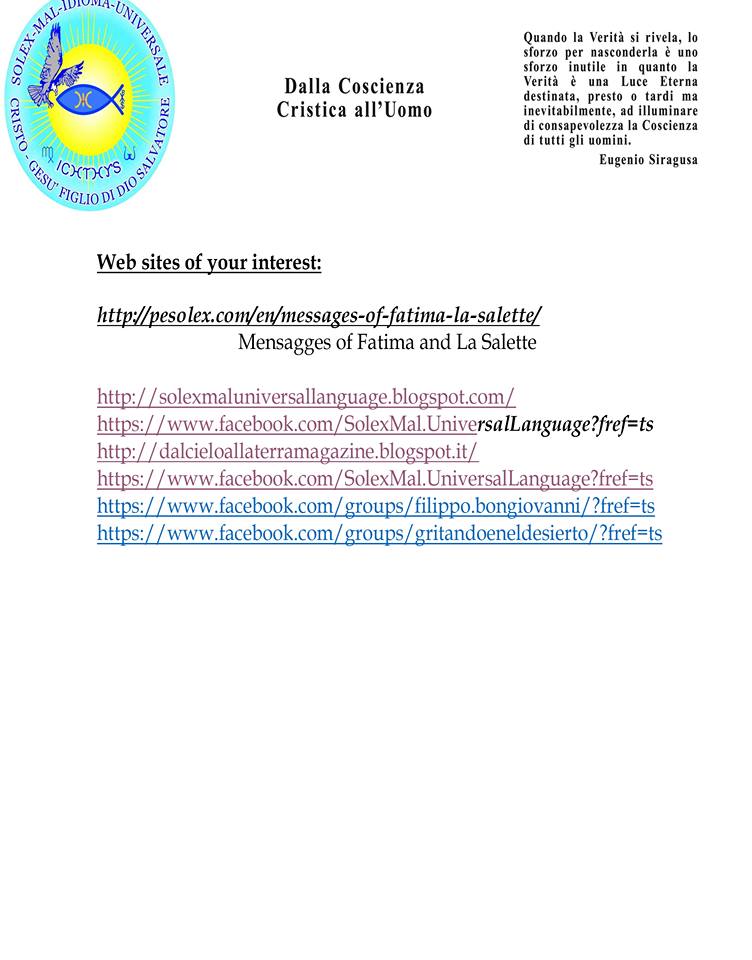 In occasion of your appointment to the highest degree of the United Nations, which took place on 01 January 2017, we take the opportunity to greet you and wish that you can develop your mandate, in this moment of humanity, so delicate, motivated and supported on your healthy values which characterize your personality. Your intentions to put in first place, as the different media are transmitting all over the world: “We put peace on the first place”, could be an aim to reach, if all the Nations of the planet, leave behind all the negative values where there is “death and destruction” …!
We look forward that you can do your work very well, as you have done in the past with the UNITED STATES AND RUSSIA, and that you will know how to have a good dialogue and conduct to these states to have discernment in their politics, choices and decisions, from which the destiny of humanity of this planet depends.
Finally, and as a believer in the Celestial Powers, I put in your attention, to have consideration to the Wish of the Virgin appeared in Fatima at Portugal in the year 1917, nation where you were born, and where among other things this year it celebrates its Centenary, and that the content of its message, transmitted to the three little shepherds, is more current than ever.  Even today, it still remains to be ignored, its complete officialization, which the Holy Virgin had wanted to be like that, to all the nations of the planet, by her wish, since 1960.

We remember that the Holy Virgin Saint Mary, mentioned Russia at least twice, in her concerns and categorically stated: «In Portugal, the dogma of the Faith will remain (and continues) …»

Wishing that you can conduct, this deep call inside your heart, knowing and telling you that “fortuity doesn´t exist”.
The UN General Assembly, reaffirms your mandate as UN Secretary-General, on 13 October 2016, day and month of the last apparition of the Virgin in Fatima.

Web sites of your interest:

Mensagges of Fatima and La Salette