Strange stele in the sky of Australia 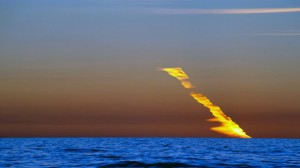 Strange stele in the sky of Australia

Filippo, can be or are attributable to events of particular signs which have to do with the end of the times … science can not give an explanation …
According to you what is it …?
Filippo:
Earth science without conscience, it should know well what is it about..But it Continues to ignore the clearly serious problem plaguing the human kind. Stubbornly continues to conceal, what could happen at any moment. Yet we were advised at the time:

«MAN DO NOT SEPARATE WHAT GOD HAS UNITED»
(Eugenio Siragusa)

http://www.eugeniosiragusa.it/messaggi/item/l-uomo-non-sleghi-cio-che-dio-ha-legato
To humanity of planet Earth:
«NATURE is at the limit of endurance»
You, men of the earth, you still want to ignore the Woes! Which have been happening, debilitating the
natural resources of your planet.
You don’t want to survive!
The iron laws that govern the harmony of the elements which make up the evolutionary
structures of the continuous becoming of all living species on Earth, including you, suffer a
continuous stress of self-defence and then the reaction against your irresponsible actions.
The balance of nature has reached its critical and severe retaliation that this was
offers are terribly hyperchaotic. Your irresponsibility is severe and more severe is to
persevere with so much cynicism about what is irreparable.
We have repeatedly warned inviting you to take in seriously religious consideration the critical
situation that you created with your science without conscience, but to our great
regret, we have noticed your insensitivity and even your hypocritical proceeding of your
minimum and incapable interest to our repeated and anxious warnings.

Your world is going through a period of exceptional gravity, thanks to your indiscriminate act over its balancing resources of its Cosmo physic’s nature.
Its life has suffered a great stress of great intensity due to nuclear activity and
negative forces of energy developed by you.
The magnetospheric ring has been undermined in the process fluid and the igneous- cosmic nucleus
was placed in an abnormal vibratory state. The Earth’s magnetic axis produces oscillations
fearful with the danger of a disastrous leakage of current poles.
In short, your planet is in crisis and if you don’t avoid in time to produce more
imbalance, the woes will be irreparable and your survive will be minimal.
You have the consciousness to understand our concerns and to avoid that your nature
serves of its laws to defend that want to be: «Destruction of Mankind» and its
evil deeds.
Adoniesis
Eugenio Siragusa
02/16/1971

«Beware! Beware! Men of the planet Earth, fire, water, air and earth will not give you

The exact same phenomenon, although with a different geometric figure drawing, but not different from its substance, was seen in three different European countries: Spain, Switzerland and France, on the night of 06.12.1974, the feast of Corpus Domini.
It seemed then and seems just as now which has happened in the skies of Australia, that part of the sky, in high altitude, seems to have been on fire due to an atmospheric hole, caused by highly polluting substances emitted into the air, which squeezing the oxygen and combines with hydrogen, and therefore can compromise set fire to the whole atmosphere that surrounds the planet.
I firmly believe that it is this phenomenon … There are no other explanations if not attributable to this … Then if we want, we can keep saying, that chemical pollution has reached alarming limits.   Waste and chemicals residues are out of control, which pours daily into rivers, lakes, seas, and also the nuclear ones, hidden and crammed into the deepest depths of the oceans. All this produces and engages an irreversible process of death and destruction, especially for all those species that we call or classify as microorganisms, which are important for life, for the ecosystem in general. Ultimately we are on board of ecocatastrophe.
If after all this, we add the series of world events that touch closely the ethical and moral issues of our society, we believe, without a doubt, we can talk about SIGNS IN THE SKY. 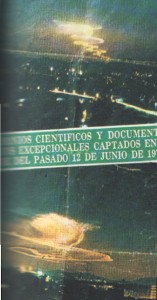 the phenomenon occurred in the skies of Spain June 12, 1974. Corpus Christi’s Day

«His words will never pass away»

«The servant axle the boss throat”

«The sons against fathers and fathers against sons»

«The brother against brother»

«War and rumours of war»

«The rich have their reward»

SIGNS IN THE SKY

Don’t you believe any more the prophecies of Him who say you love?

Do you prefer the convenience of ignoring thereby preventing that Repentance occurs, making possible your salvation?

Do you want the fate of Sodomites and Gomorrites or that of the Ninevites?

The darkness of these days is your choice.

The Second Visitation is next and signs, already obvious to everyone, Announce it to you.

Believe it or not, we repeat, it is your choice.

The very next event will give you the evidence you want to believe. So, for many, there will not be more escape.

You are already at the beginning of the trouble you have so cynically established and fertilized in the skin of the world, making putrid its sap of life. You haven’t wanted to put things in their proper place thus arousing the reaction since, by the Divine Law, was to preserve intact the integrity of the real functions on the Creative Economy.

You have separated what was to remain united, causing the collapse of the Basic Existential Values. Worst of all you have done and continue to do cannot be done. You’ve passed the hypercritical point; the worst, now, is inevitable.