The end of the World

http://notizie.it.msn.com/fotostory/foto.aspx?cp-documentid=150773706#image=1
The end of the World

http://terrarealtime.blogspot.com/2012/01/voci-sulla-fine-del-mondo-creano-il.html
Rumors about the end of the world were planted panic in India!

It is an important year for the history of mankind. A period characterized by large changes, «ANNOUNCED» by Eugenio Siragusa, for the decisive step of how man must address within the great change in course in the Earth.

It always has been said, and in these times in particular, that the «end of the world» is near. A large part of men of this world have believed and believe in a physical end of the planet in which they live, but it is not true.

There are growth cycles that govern your planet: these cycles may have a negative terminal or a positive terminal, and this in relation to the work that Humanity builds up in this particular cycle, or in a negative sense or in another positive sense.

This macrocosmic cell, that you call Earth, lives a cosmogonist life, and men are not another thing that enzymes, computers, processors on its nature as well as its evolution

It is logical that if these enzymes produce imbalances then they can produce a sense of general malaise in its natural order, and that these suffer (upon an iron law) a request to change the negative order into positive order, and this in relation to the Will of the law of love which governs the whole created.

This your generation has made an imbalance of great negative intensity, and this requires the intervention of a process that should at least produce a judgment, and the judgment will not be «the end of the world«, but the end of the generation, and not of the whole generation.

That’s why we are in Earth, to notice you that the process is next to finish, and that the sentence could be made from one day to another, or better, in the moment established by the Highs. You cannot avoid the prelude of the trial, because the admonishments tare evident and clear, and unquestionable the accusations. You will not be able to say: «I didn’t know«, you won’t be able to be justified.

Get ready rather to pray if you want to save the souls, because it has been said and written «all the things will pass away, but my word will never pass»

Therefore, it is good that you know what it should be understood as the «end of the world», and it is good that you still know that the Kingdom of God in the earth has been promised and it will be carried out in this world that will be overlaid of New light and of new life for Holly Will of God and of his Archetypes.
Adoniesis
Eugenio Siragusa
Catania, April 6th., 1973

What means End of the World

You should already know. What is meant by end of the world. We choose carefully, to those who demonstrate to possess adequate quality to be driven and educated to an evolving program able to transpose the superiors’ existential concepts of the new world.

As we have already told you, the end of the world should be understood in the form that you have already known, and not as it has been imagined and disclosed. «End of a way of living life values, as well as they have been lived and as they are living at this moment.»

It is also true that this change, which was announced at its time, will entail substantial changes at all levels of the physical psychological and spiritual building of the human being. A new spiritual, moral and material health, supported by a shrewd wisdom steeped in truthful Brotherly Universal Love, stripped of selfishness and devoid of hate.

Your Planet will suffer important ebbs and flows of purifying energies, so that the load bearing structures of its cosmic nature could stabilize on the positive frequencies of Creative light. All those who don’t predispose the acceptance of the superior concepts that should schedule the «New World«, will inevitably be in condition of not being able to survive because they will be unable to assimilate the new vital dynamic.

We have widely granted you the basic and indispensable instructions in order to develop the ideal conditions, suitable to enter peaceful and consciously in this new evolutionary process, lively and fed by very high vibrations of fourth dimension. The dynamic potential astral has suffered, also, an important modifying flow in genetic structures and in the codes of the organic and inorganic matter.

The Creative Atom imposes the new law in relation to the Will of the creative spirit of the cosmos which is content in it.
Peace to all of you
From the CristallBell- Woodok
Nicolosi, Abril 12th.  1978 10,30 hs. 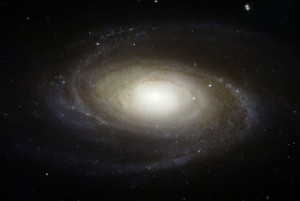