WHY THEY CALL ME «DAD»

I waited until I was explicitly asked, why and how did the nickname for Eugenio is «Dad». In fact it was the last photograph of him thinking, that I wanted to share with everyone, taken from the FB page dedicated to his work, which has motivated some of you to ask me particularly. 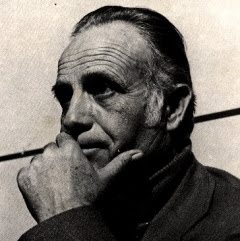 Many know that the date of my acquaintance with him took place in 1976. Then recently, since a few years, were born the various sections, the delegations of the Study of Cosmic Brotherhood Centre.

There was recently also the one sited in Gaggi , in the province of Messina. Its members were: Salvatore Ferrara, Tino Favazza, Rosario Pavone, Salvatore Campagna, Aldo Manigrasso, Garufi Salvatore, Dominic Pavone (Called by the pet name … «BuBu ‘) Philip Bongiovanni, Giorgio Bongiovanni and nearby Taormina Eugenio Veroux.

It was by an inner necessity, that when we were communicating about different subjects of Eugenio, as we could not always be together, we said … «You know Dad says» … Well, one day we stand together, united by a common and intensive sense, we realized that for us was of great importance and self-realization. We didn’t last, and the same day, we communicated personally to Eugenio.

First it was limited, then the time did the rest and so it happened that Eugenio said happily, what those guys, in a small country, had created and made their own.

Since then it went around the world, and everybody called -big and small, who felt it to do so- Eugenio as “Dad».

For the rest do not ask me anything else,  because I have started to cry. 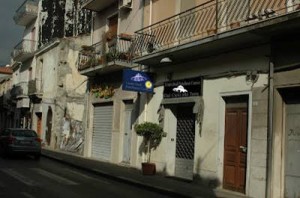 LET ME EXPLAIN WHY THEY CALL ME «DAD»

THEY CALL ME DAD BECAUSE I LOVE THEM TENDERLY, because I concern ABOUT THEIR SPIRITUAL AND MATERIAL SALVATION, BECAUSE I GUIDE THEM AND SUPPORT THEM PRESERVING THEM OF TEMPTATIONS AND FROM WHAT COULD DISTORT THEIR HEARTS AND THEIR SOULS.

THEY CALL ME LIKE THAT BECAUSE MY LOVE IS RECIPROCAL, FULLY HEARD AT THE ROOT OF THEIR SEED.

THEY HAVE BEEN AWAKED AND HAVE BEEN TRUSTED TO ME SO THAT THEY REMAIN INTACT, LOVERS OF JUSTICE, PEACE AND FRATERNAL UNIVERSAL LOVE.

I AM AS THEIR SPIRITUAL FATHER, A BROTHER TO THEM, AND THEIR FRIEND. THERE ISN´T ANYTHING MORE BEAUTIFUL THAN WHAT UNITES US TO BE ONLY ONE THING, ONE BREATH, AND ONE BEAT OF THE HEART.

THIS IS THE HUMANITY THAT BREATH AROUND US, UND BREATH, HEIRS OF A BETTER WORLD.

WE FEEL FATHERS AND SONS, SONS AND FATHERS.